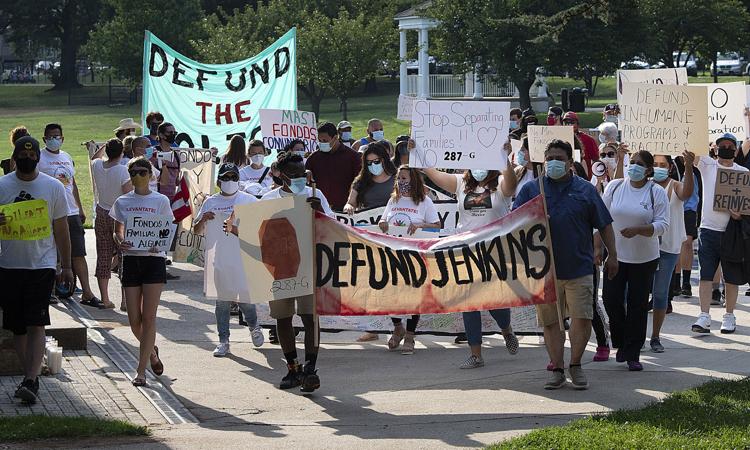 Chants of “The people — united — will never be defeated!” and “What we do want? Justice! When do we want it? Now!” echoed around the Baker Park bandshell around 6 p.m. Monday night.

Those chants were from about 50 to 60 people, several of whom were from the local Latino community, and other people of color. They were organized by the RISE Coalition of Western Maryland, and were calling to defund the sheriff’s office and end 287(g), a program used by Sheriff Chuck Jenkins (R) for