A Tale Of Two Protests 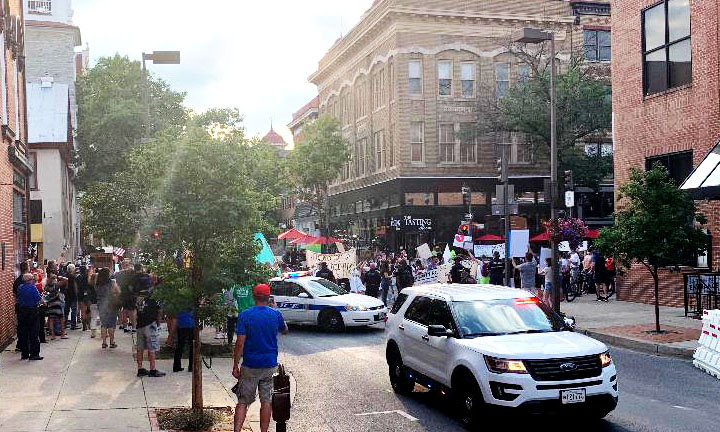 On July 14th downtown Frederick hosted two, 287(g) rallies. One rally in support of the 287(g) program and one against.

The rally in opposition to 287(g) was organized by the Resources for Immigrant Support and Empowerment Coalition of Western Maryland (RISE).  They started off with 35-40 people at the band shell in Baker Park.  They left, holding signs and chanting (some in Spanish) as they headed toward Winchester Hall.  They marched in the middle of the street necessitating street closures and blocking traffic.