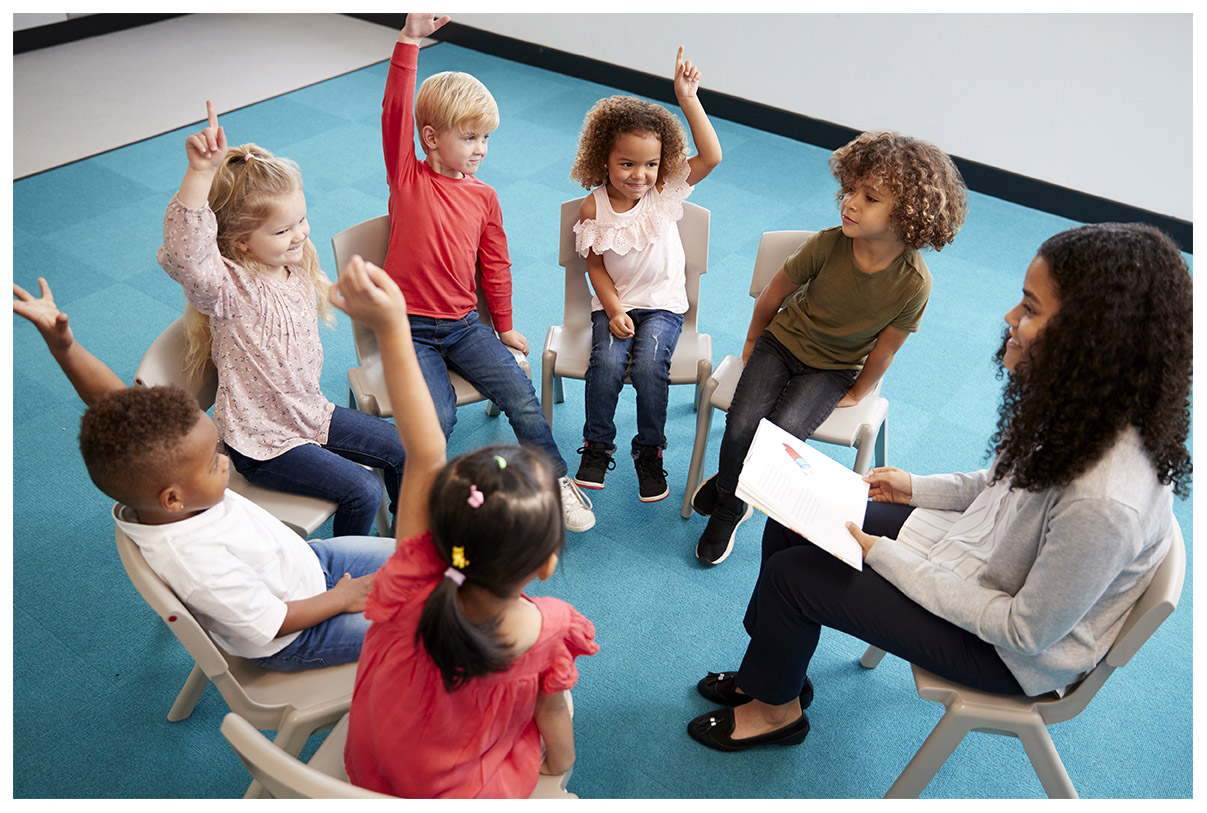 A learning focus popular in public schools has been converted into a vehicle for teaching critical race theory to elevate favored students based primarily on race.

Parents normally send their children to school (or park them at the computer for pretend school) to learn academic disciplines, including English, math, science, and history. But in most public and some private schools, more and more time is being redirected from academic instruction to “social-emotional learning” (SEL)—the cultivation not of knowledge but of the “correct” attitudes, beliefs, opinions, and behaviors.

If this weren’t worrisome enough to parents who thought that is their job, SEL proponents such as the Collaborative for Academic, Social, and Emotional Learning (CASEL) are now brazenly trumpeting an even more troubling aspect of SEL: the opportunity to turn impressionable students into leftist activists.

To some extent, socio-emotional learning has always been a vehicle for introducing leftist propaganda in the classroom. CASEL counts among its funding partners the NoVo Foundation, which is “dedicated to . . . moving [society] from a culture of domination to one of equality and partnership.” NoVo focuses especially on abortion rights, LGBT interests, and left-wing economics.

Other SEL enthusiast groups include the Arcus Foundation, which is all about LGBT, especially T (transgender). The Morningside Center for Teaching Social Responsibility offers resources for using SEL to develop leftist attitudes about topics such as climate change. These are the types of outfits churning out SEL curricula to shape children’s opinions and behaviors.

Until now, CASEL downplayed the leftist slant of socio-emotional learning, presenting schools and parents instead with a sanitized picture of teaching children compassion and responsibility. But in the era of Black Lives Matter, the mask is off.

In December the president and CEO of CASEL, Karen Niemi, announced that CASEL has revised its definition of and framework for “socio-emotional learning” to highlight the value of SEL as a weapon for social justice. Woke-speak pervades the new direction. In contrast to the previous fairly anodyne definition of SEL, the new one emphasizes student “identities” and “marginalization,” “equity,”  “just communities,” and the “collective” rather than the individual.

Consider the focus on equity. “SEL advances educational equity,” the new definition emphasizes, and “can help address various forms of inequity.” To understand what’s wrong with this, you must understand the difference between equity and equality.

Equality was considered a good thing until recently, but now believing in equality proves you’re a racist. Equality means treating people the same; equity, by contrast, means treating some people better than others depending on the level of oppression they can claim for themselves or their ancestors or unrelated people with the same skin color or chromosomal makeup.

In a June 2020 webinar entitled “SEL as a Lever for Equity and Social Justice,” CASEL’s Niemi and two earnest colleagues proclaimed that SEL should be used to elevate favored students, based primarily on race, over disfavored students. “A color-blind . . . approach,” intoned one presenter, “ignores the humanity of the people you’re interacting with.” He continued: Doing so makes us “reproductive of the inequities that we are experiencing [yes, these people really talk this way] in our schools, in our communities, in our healthcare systems, etc., etc.”

In this vein, Niemi declared that “social-emotional learning must actively contribute to anti-racism. . . . We see SEL as a tool for anti-racism.” No decent person approves of racism, but the new concept of “anti-racism” has a more sinister meaning. Under this system of ideas, white children are by definition oppressors, minority children (except, presumably, higher-achieving on average Asian children) are by definition oppressed, and all of education must devolve into a churning mass of guilt and resentment.

In a withering essay, Frederick Hess revealed that the “anti-racism” concept is being used as a weapon to destroy anything, and anyone, in disagreement with leftist dogma. Analyzing the sometimes bizarre musings of (highly compensated) anti-racism charlatans such as Ibram Kendi and Robin DiAngelo, Hess concludes that anti-racism embodies “dogmatism, coercion, and anti-intellectual zealotry that’s remarkably unconcerned with either improving schooling or ameliorating prejudice.” He continues: “Much of what passes for anti-racist education is a poisonous exercise in caricature and rank bigotry” and constitutes “something more typically understood as indoctrination” (emphasis his).

This indoctrination is now, expressly, the goal of social-emotional learning. The CASEL webinar presenters emphasized SEL as a tool to develop little community organizers for leftist causes. The vainglorious but perhaps accurate label for this is “Transformative SEL,” defined as an approach that “takes action to fight injustice” (injustice as seen through the lens of the left).

According to Niemi, social-emotional learning helps students “move from anger to agency and then to action,” primarily in the cause of anti-racism. All this will come from teaching children to “examine prejudices and biases . . . [and] evaluate social norms and systemic inequities . . . .” Forget teaching kids to play nice—today’s SEL intends to propel them into Antifa.

Don’t assume that woke SEL is limited to nut zones such as California and is therefore not a threat in less Democrat-controlled states. In fact, SEL is pervasive in the education world (see here and here). Having realized it’s hard to teach kids actual academic content, and perhaps eager for something that allows them to proclaim success without accountability, educrats in every state have for some years been substituting SEL for the hard work of educating students.

Many of these administrators probably don’t realize the underlying agenda of radicalizing students for the transformation of America. But CASEL and its compatriots have apparently decided that SEL is now sufficiently entrenched in schools that they can pull back the curtain on the real purpose. They’re gambling that parents either won’t realize what’s happening or will feel too intimidated to object.

Now that the truth is out, local school officials should cleanse their schools of this indoctrination. Teachers should return to doing what good teachers have always done: imparting academic knowledge while encouraging students to do their best and behave with integrity.

Socio-emotional learning curricula, pushed by agitators who care more about politics than students, must go. If that doesn’t happen, parents should get their children out of these schools before the damage is done. Jane Robbins is an attorney and a retired senior fellow with the American Principles Project in Washington DC. She is a graduate of Clemson University and the Harvard Law School.

Article adapted from Jane Robbins article in The Federalists: https://thefederalist.com/2021/02/08/how-socio-emotional-learning-became-another-vehicle-for-anti-white-racism-in-schools/