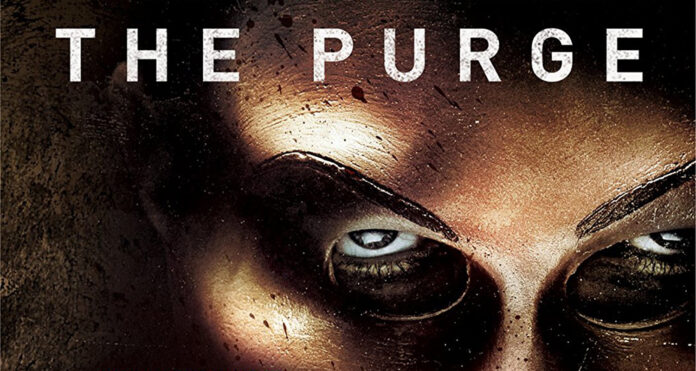 So it begins, the purging of conservative voices.  Lovers of the Constitution and federalism have been trying to sound the alarm for years now.  You were warned Democrats had been replaced by totalitarian socialists. “Co-existence” is not their goal.

Do you personally have to be de-platformed before you believe?

The conservative ridicule and silencing have been going on for a while. However, on January 8, 2021 it became clear that moving forward, conservative voices are going to be branded as terrorists.

An ABC News piece literally called for a “cleansing” of Trump supporters.  (Ask your Jewish friends what that means.)

ABC’s Rick Klein tweeted out “The fact is that getting rid of Trump is the easy part. Cleansing the movement he commands, or getting rid of what he represents to so many Americans, is going to be something else.”

That “something else” appears to be a purge.

Michelle Obama called for social media companies to “permanently ban” President Donald J. Trump.  Logic dictates they would take it a step farther and ban the members of his “movement.”

Democrats are trying to brand alternative ideas as dangerous.  So dangerous they need to be erased from social media and society.  Frederick citizens who attended the rally face the very real consequence of being fired.

Trump supporters had a real “mostly peaceful” protest on the 6th.  Democrat totalitarian’s and Republican sell-outs don’t want you to remember their acceptance of the Black Lives Matter, Antifa 2020 Summer of Destruction.

They want you to forget Kamala Harris sent out a message to help pay the bail for actual rioters and that 13 members of her staff donated.  CNN, MSNBC, and other legacy media championed them.

When Twitter suspended my account, I was given no explanation.  I don’t know why and I don’t know for how long.

We cannot submit to Big Tech, Corporate Oligarchs and Corrupt Politicians.  An exodus from Facebook and Twitter must happen if you want to have an impact on how they are treating alternative, legal expression.

In Frederick County, we better wake up.  Democrats here are NOT our friends.  The Democrat Party and its members hate us. Can we now accept that and vote accordingly?

I’ve been a candidate, I know the “hate” is real.  It isn’t about having different beliefs; they genuinely believe we are the enemy.

The Tentacle has supplied links to videos and social media posts made over the years go look through them.

Stop thinking these people want to “co-exist” with you.  They want you gone.  Until you accept this, Frederick County will continue to go Blue, if not socialist red.

The other Republican representation is in the once vibrant Republican Club of Frederick County that is currently rudderless and mostly dormant.  In the fall several of its Board members criticized the rapidly growing Frederick County Conservative Club, for participating in a protest of County Executive Jan Gardner.

Delegate Dan Cox appears to be the only elected Republican in Frederick willing to give full-throated support of the President and his supporters.

Who will have our back?