Another Gutter Ball for the Duckpin 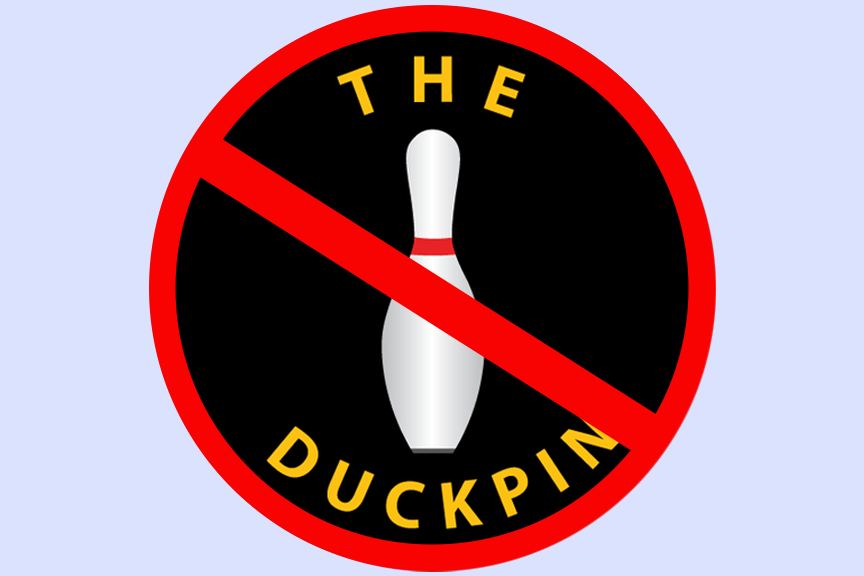 A hit piece from a theoretic ‘’Conservative” Republican(s) trying to silence us, means we must be doing something right. ‘’If you’re getting shrapnel, you must be over the target”.

Why attack the Frederick County Conservative Club (FCCC)? Why are we of interest to someone 4 counties away? This will be important later in this article.

The information used in the article, was 3 years old. A lot has happened since then.

We are a 501c4, as shown by the amendment dated October 17, 2018, WITH THE STATE of Maryland- NOT the original filing as shown in the hit piece article. Apparently, that was amended by the first (inaugural) President of the FCCC who the current Republican Club of Frederick County VP (RCFC). That interesting note brings us to another point. We are only following what was initially set up by the (inaugural) President.  We can only surmise this was not included, to mislead the public. We are not attacking the current RCFC VP whatsoever. We are just stating the facts.

Third, endorsements. The three people shown in the hit piece who were endorsed -Sheriff Jenkins, Clerk of Circuit Court- Sandy Dalton and Cindy Rose- candidate for Board of Education, were ALL endorsed for the November 2018 General Election. Yes, 3-year-old photos were used.  The inaugural President and former Board were responsible for that because they were following the 501c4 amendment. (See insert)

Fourth, we are operating under the 501c4 code. We are following the rules. We will repeat that for those in the back of the room-

“The Corporation is organized and shall be operated on a not-for-profit basis and exclusively for social welfare within the meaning of Section 501 (C) (4) of the Internal Revenue Code”.

Understand that? “…WITHIN THE MEANING… “. The rest of wording is nonsensical and at best, subjective, considering the last line in the first paragraph in bold print. How do you advance Conservatism without supporting Conservatives?

The hit piece mentions Delegate Dan Cox, current candidate for Governor. He’s also very conservative. He has been very vocal about various topics. He’s also being attacked by moderate Republicans, the establishment and various other political ‘leaders and groups’ who have already picked their candidate(s). It also mentioned the Trump motorcade that was extremely successful with hundreds of vehicles participating on short notice. Again, something most Conservatives supported.

Yes, we CAN and WILL endorse whomever we want when the Club decides to- PRE or POST Primary. And yes, if we endorse and support our candidates, we are also educating voters as to WHY our CONSERVATIVE candidates and Conservatism in general, are the best for your Social Well Being which is also part of our 501c4. We also have and will campaign against anything that hinders conservatism.  EVERYTHING we do and EVERYONE we support, promotes the Conservative ideals. That is our purpose!

The Cliff notes version of what a 501c4 can do (don’t get hung up on the Federal offices. See links at end of article)

“Social welfare organizations can also engage in extensive political campaign activity. As a result of the United States Supreme Court’s controversial decision in Citizens United v. FEC, 501(c)(4) nonprofits can spend their money (both voluntary contributions and general treasury funds) to support or oppose candidates for the U.S. House, U.S. Senate, and President. However, there are still some important limitations on 501(c)(4) political activities:

– They can’t give money directly to candidates

– The political campaign activity must be undertaken to advance the organization’s social welfare purpose–for example, an organization formed to advance public health could support political candidates who agree with its positions, and

– Political activity may not be a social welfare organization’s primary activity—no more than half of its activities should involve such political work.’

We would like to thank Citizens United, which is also a 501c4.

This next link is just fascinating. You like SCOTUS Amy Comey Barrett? Thank a 501c4!

Look at all these candidates endorsed by the leftist Sierra Club, a 501c4!

So again, we ask, why are we getting attacked? We know why.