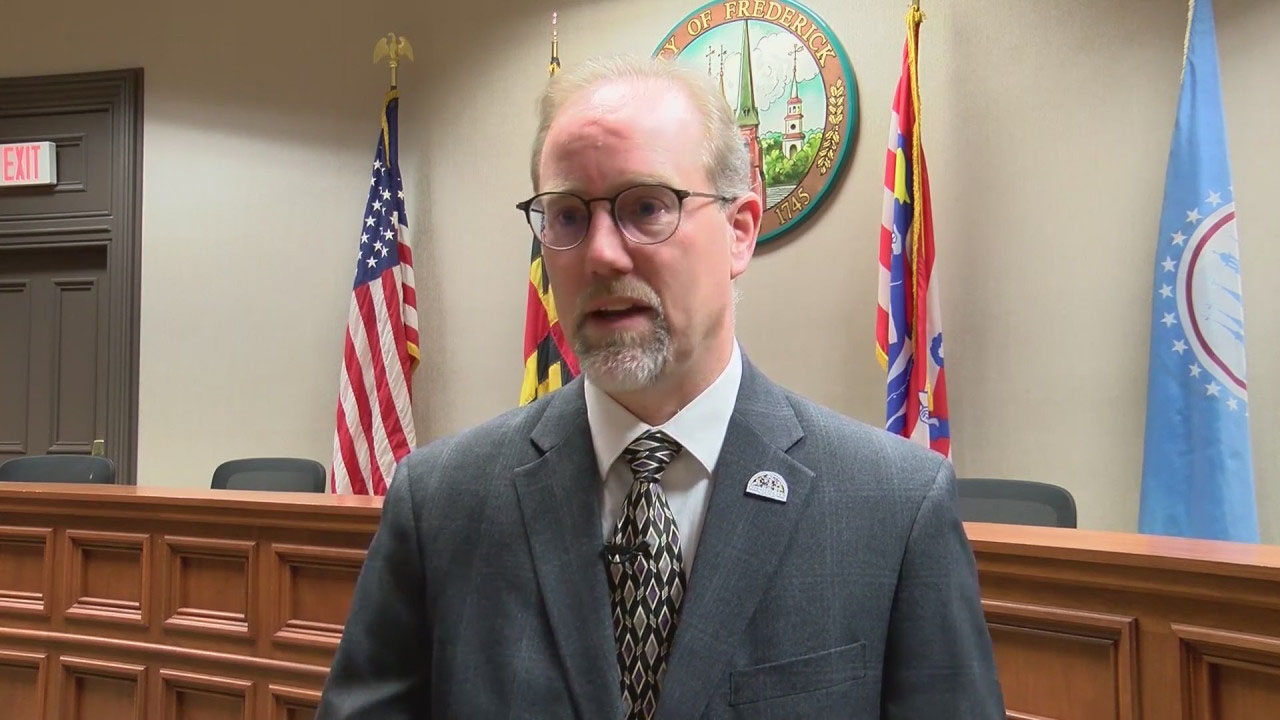 If you are interested in emailing the mayor to let him know your thoughts on how he handled the “protest” last week, feel free to use this letter, or create your own and email him at moconnor@cityoffrederickmd.gov,  or mail your letter directly:

Get as many people as you know to send him a letter letting him know exactly how you feel in regards to his lack of leadership skills and bias actions, or lack thereof,

I am writing to share my utter disappointment in your complete lack of leadership. On April 9th, a mob descended on downtown Frederick.  They destroyed public and private property, harassed people in their cars, screamed out obscenities while intentionally blocking traffic.

We know you were made aware of these actions and have continuously avoided returning phone calls and emails to your constituents who have complained about the harassment – Where were you sir?  Why didn’t you speak up and speak out to condemn their actions? Are you that scared of them?

A true leader would have publicly let the citizens of Frederick know that no longer will that type of behavior be tolerated and should any other protests follow in the same actions, that you will have the police to disperse them and if necessary, make arrests IMMEDIATELY – but you did nothing of the sort.

As a tax payer, I am requesting that you step down as mayor. We the citizens, have no faith in your ability to lead.  This, as well as other issues, i.e. the 45k logo you paid for, shows your inadequate ability to effectively lead Frederick. If you have a sliver of integrity left, please step down. You have already lost an abundance of support due to your questionable ethics and lack of integrity.